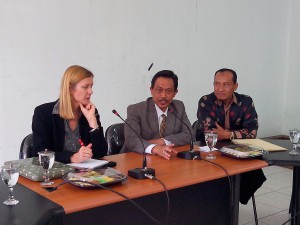 Around 117 candidates were joining the placement test of English Training Program in IALF Bali which was held on 12-16 January 2015 in English Center of Maulana Malik Ibrahim State Islamic University, Malang. The candidates were from all units and faculties in UIN Malang that consists of lecturers and staffs. They had applied by sending the application forms to the committee before 8 January 2015. Then, followed by the candidates briefing which was held in the meeting room in the third floor of UIN Malang rectorat building. The briefing was lead by UIN Malang vice rector one, Dr. H. Zainuddin, MA. He stated that this is a really precious program which supports UIN Malang as World Class University and participants must bring English environment back to UIN Malang after program.

This program is as the continuation of the MOU between UIN Malang with IALF Bali that signed in January 2014. At that time, UIN Malang Rector, Prof. Dr. H. Mudjia Rahardjo, M.Si., signed the five years MOU for holding English Training Program in IALF Bali for lecturers and staffs. To follow up this MOU, Dr. H. Langgeng Budianto, M.Pd., this program initiator, arrange the program planning, execution, and evaluation.

The placement test ran well which almost 97% applicants joined the test. Only around 4 candidates that decided to miss the tests because of reasons, such as: accidents, sickness, and accidental event. The test were organized by English Center team and the IALF team were as the interviewers. The test consists of three parts: speaking test, structure test, and writing test. Ibu Caroline Bentley (IALF Branch Manager) interviewed candidates for CLIL. Ibu Putu Gayatri (Manager for GE) interviewed applicants for GE. Ibu Komang Kwartini (CLIL Team) did interview for CLIL. At the end of placement test, all participants looked so happy with the hope to feel the English joyful learning in Bali although they have to be patient to wait for the announcement for the next 2 weeks. (AIM) 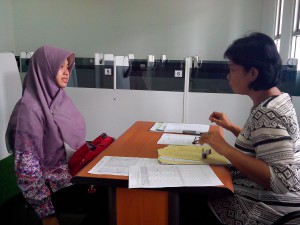 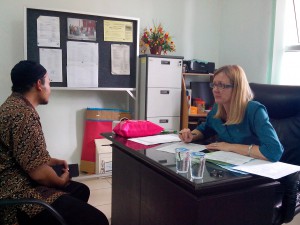 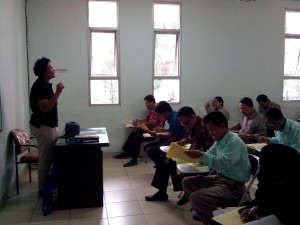 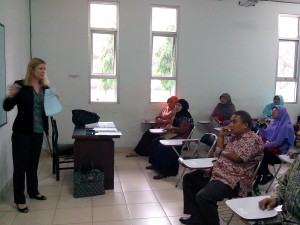